The cars in stock for a given auction have generally been repossessed by a bank or other financial institution, due to a client defaulting on payments. In many cases, banks will try and assist in helping the client make good on their commitments, but after a certain period the car is repossessed, and once the financial documents have been completed, the car is put up for sale via auction. However, some private sellers also put their cars up for auction, even though they have been fully paid for, in the interest of realising a quick cash payment for their cars.

The reserve (minimum bid) price for a car at auction is usually measured against its current used trade value, with various other considerations taken into accounts, such as mileage and general condition.

According to experienced auctioneers, these reserve prices tend to be between 10 and 15 per cent below retail trade value, or up to 20 per cent less than retail value, for a given model. The more popular the car (these tend to be the lower-priced models) the closer the reserve price will be to the current trade or “book” value of the car. This assumes that the car is in good condition.

It is in the interests of the auctioneer to try and ensure that a vehicle actually sells at auction, but also to raise as much money for the financial institution to recoup the monies outstanding on the vehicle, due to the erstwhile owner having defaulted on the deal. The reserve price is based only on market values and does not reflect the amount owing on the repossessed vehicle. 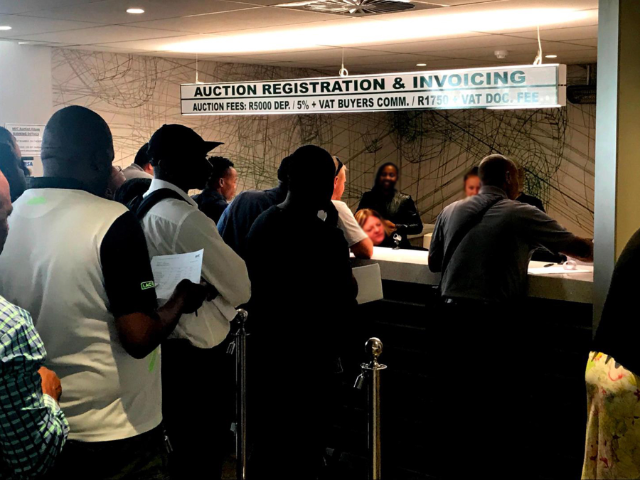 You need to provide the auction house with FICA details, such as a certified copy of your ID document and proof of residence via a valid utility bill in your name, no older than three months. In addition, most auction houses charge a (refundable) registration fee, you can expect the fee to be an estimated R5000 to indicate the seriousness of intent.

Most auction houses will also require proof that you are capable of financing a vehicle you intend to bid on, either with proof of pre-approved finance or via a valid, certified bank statement indicating you have the required funds at your disposal. When you arrive at the auction (at least an hour before the advertised time) you will be required to fill out all the paperwork to receive a valid bidding number.